The consortium includes partners with expertise in training adults, digital information experts and companies from the creative sector. The transnational nature of the consortium allows assessing the different situations across European countries for a more comprehensive approach to the needs and solutions, bringing benefits to the project in the different stages of implementation in terms of quality of interventions and results achieved.

Folkuniversitetet (FU) is a national Adult Education Association which offers a wide range of VET and adult education training courses throughout Sweden and in several European countries. Folkuniversitetet employs around 400 teachers on a full-time basis and a further 7,000 part-time. Through the cooperation with other FU offices in Sweden, FU-Uppsala has a national coverage. FU was registered in 1954 and is nowadays a leading organisation in Sweden in Adult Education and Lifelong learning. Folkuniversitetet consists of five legally independent trusts (regional offices) with a total of over forty local branches throughout Sweden. Every year, Folkuniversitetet welcomes over 140,000 students to a variety of lectures, short courses or full-time study programs with duration of six months to two years. Folkuniversitetet offers a wide range of adult education, both initial and continuous Vocational education and training, secondary education and labour market training. The pedagogical approach is based on the idea of imparting knowledge which is of immediate practical use to our students. A large part of the training offered by Folkuniversitetet targets people who need new knowledge and skills to apply in professional and/or labour market contexts. The theoretical knowledge and practical experience of employed teachers are well-suited to current requirements. Government services, public authorities and the business sector also turn to Folkuniversitetet for assistance with specialized training courses and is an experienced IT educator. We offer computer courses and IT training for both individuals and companies. Contact information: Vivian Welker Project Manager Vivian.welker@folkuniversitetet.se Address: Bergsbrunnagatan 1, 753 23 Uppsala, Sweden Phone: +4618 – 68 00 00 www.folkuniversitetet.se

VC is a software development, consulting and training company in the area of Technology Enhanced Learning located in Porto, Portugal. We aim at actively promoting the development of the Knowledge Society through the use of Digital Environments for Learning and Training. VC´s activities fall in these areas: e-learning/e-training, serious games, mobile development and project management. Moreover, our target audience goes from children in school to adults, from students to vocational trainees, trainers and professionals in different sectors. virtual-campus.eu

Anziani e Non Solo is a non-profit organization working since 2004 in the field of social innovation, with a specific focus on management of projects and realization of services and products in the field of welfare and social inclusion. Among the target groups of the various activities developed by ANS, formal and informal carers hold a relevant position: ANS has developed the first e-learning course for family carers available in Italy (including specific modules on Dementia and Alzheimer diseases) and every year trains approximately 150 carers across Italy. Periodically it also holds classes for informal carers focused on health-related issues. ANS has also developed a number of research projects, founded by the EC, focusing on carers, such as Care2work addressed to young informal carers aiming at supporting their smooth transition from caring to adulthood and Jobis to prevent burnout among nurses and formal workers, both still running. Other relevant past projects successfully finished can also include: Dalia focusing on working carers, Life After Care on former carers, Care Talents on the validation of carers’ competences, and ToYAC on young carers. ANS advocacy activities recently led to the approval of a new law in the region of Emilia Romagna regarding recognition of the role of carers. Finally, ANS runs peer-support groups for carers and organizes, every May, the Carers Days in the Carpi District (in 2012 the event became regional). www.anzianienonsolo.it

The University of Thessaly is one of two higher education Institutions in the area of Thessaly Greece. The university enrolls over 10.000 graduate and undergraduate students in 17 Departments that focus on Engineering, Agriculture, Pedagogics, Medicine, and Physical Education. The Department of Electrical and Computer Engineering, which enrolls approximately 1.000 students, builds a wide range of knowledge, including the deployment of technology in educational contexts. It has a wide network of collaborating higher education institutions and research organizations on the national and European level. The research projects are implemented in the informal laboratory of Creative Technologies Learning Lab, on the website of which there are descriptions ctll.e-ce.uth.gr 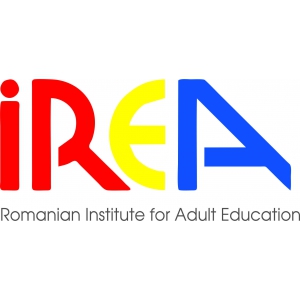 The Romanian Institute for Adult Education – IREA from Timisoara, was established in March 2000 as an independent research unit belonging to the Department of Education Sciences, Faculty of Sociology and Psychology, West University of Timisoara. IREA is a pedagogic research institute in the field of adult and continuing education, aiming to provide scientific and methodological support for all adult education institutions in Romania and to establish the link between the academics and practitioners in adult learning area. The overall research aim is to improve the quality of the education for adults, and to identify ways to enhance their ongoing participation in learning, and also for strengthening the lifelong learning dimension both at individual and institutional level. IREA’s mission is to advance research and practice in the area of adult education in Romania and in Europe through supporting access to quality resources emerging from collaborative research & development practices and through proactive contributions to processes and products that aim to professionalize adult educators in Romania. www.irea.ro

Media Creativa is the result of over 20 years of experience, challenges and lessons learned from an interdisciplinary group of professionals who share a common passion: educational innovation. MC works to bring value to learning spaces, researching, designing and developing a different training offer, inspired by innovative methodologies and pedagogical approaches such as storytelling (including digital storytelling), problem-based training, gamification, game-based learning, etc. With the focus on seizing the full potential offered by new technologies, the design of innovative pedagogical approaches is applied to formal, non-formal and informal settings. www.mediacreativa.eu